Cocaine Addiction: Signs, Effects, & How To Get Help

Cocaine is a stimulant drug that is used in powder form or in a rock-like form called crack cocaine. Addiction treatment for people who misuse cocaine may include detox and counseling in an inpatient or outpatient setting. 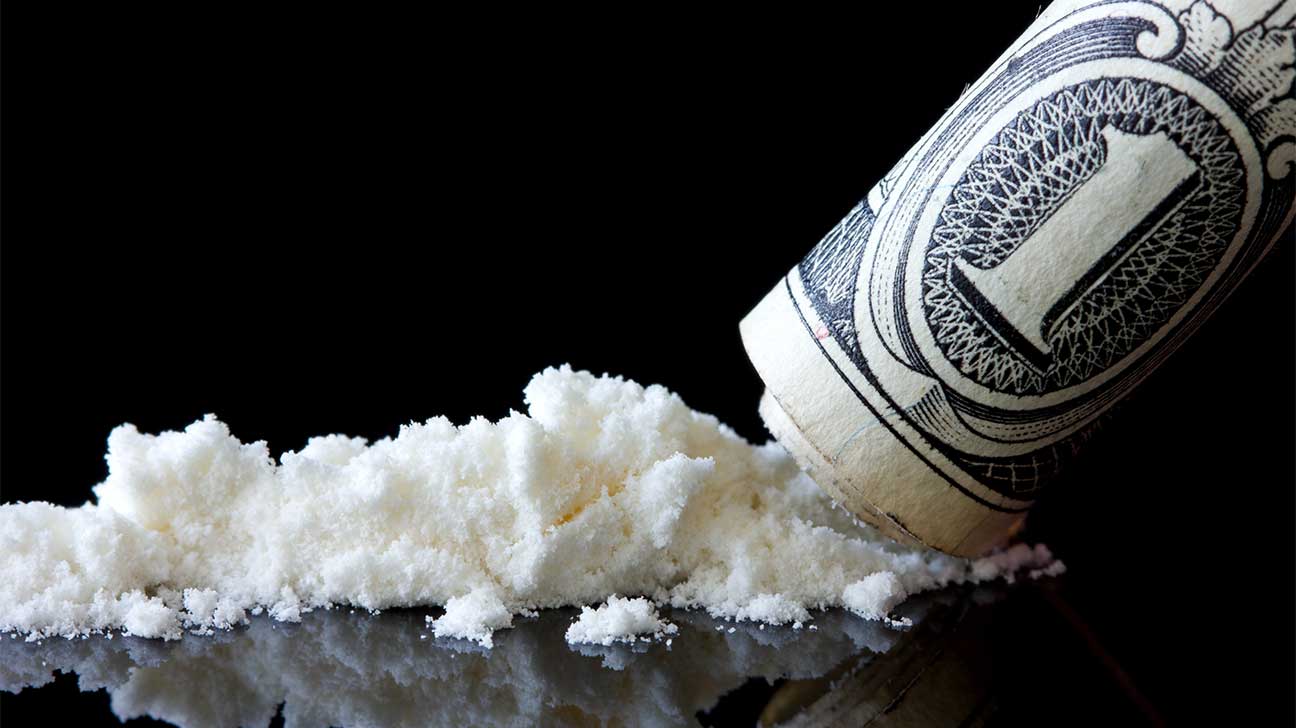 Cocaine is a Schedule II drug in the U.S., which means it has a high potential for abuse and possession of cocaine is a felony.

According to the 2020 National Survey on Drug Use and Health, 5.2 million people reported using cocaine in the past year, and 1.3 million of those had a cocaine use disorder.

As with other drugs, repeated use of cocaine can cause changes to the reward system in the brain and result in addiction.

Cocaine is a powerful stimulant narcotic that is derived from the coca plant of South America.

It is made through a process of treating and refining coca leaves until they are dried into bricks of a powder-like substance.

Often, cocaine is diluted with one or more additives such as baking soda during the manufacturing process to increase profits for the dealer.

Powder cocaine is typically a shiny white or off-white color. It is ingested by snorting the powder, or dissolving it in a liquid and injecting it with a needle.

Crack cocaine is a rock-like form of cocaine that is made by combining powder cocaine with other substances and boiling it until it’s a solid form.

The solid form can then be broken into smaller pieces or “crack rocks” that can be smoked in a glass pipe.

Find out more about the different types of cocaine.

How To Identify Cocaine

Different forms of cocaine look, smell, and taste different from each other.

Cocaine can come in a white or brownish powder, a solid rock form, or be mixed into a solution for injection.

The smell and taste of cocaine largely depend on the purity of the drug and what cutting agents it has been mixed with. Pure cocaine will typically smell flowery whereas cocaine with additives may smell like ammonia. The taste of pure cocaine is often described as bitter while cut cocaine can taste acidic.

Learn more about how to identify cocaine.

Very rarely is cocaine 100% pure cocaine. Instead, it’s often a mix of powder cocaine and a host of cutting agents which are used to cut the product and make it more profitable for drug dealers.

Cocaine fillers or cutting agents range from household products, such as cornstarch, to dangerous illicit substances, such as fentanyl.

What Type Of Drug Is Cocaine?

Cocaine is a stimulant drug, which means it works to stimulate the central nervous system, producing effects such as high energy, alertness, and euphoria.

These are the effects that can lend to cocaine addiction. However, coming down from cocaine can have depressant effects.

Learn more about the type of drug cocaine is.

How Do People Use Cocaine?

People may use cocaine in a number of ways, largely dependent on the type of cocaine they have and any cocaine paraphernalia they have on hand.

Common methods of use include snorting, smoking, or injecting cocaine.

Find out more about the ways people use cocaine.

Are There Other Names For Cocaine?

People who use cocaine may use code words, or cocaine street names, to identify or purchase the drug. A few slang terms for cocaine include coke, nose candy, big rush, and oyster stew.

Read about the street names for cocaine.

Signs And Symptoms Of A Cocaine Addiction

People who abuse cocaine may exhibit a range of physical and behavioral signs of addiction.

Some of the behavioral signs of addiction include:

People may also withdraw from friends and loved ones, and start increasingly engaging in risky behaviors, or have sudden financial problems due to the cost of maintaining a cocaine habit.

Learn more about the signs of cocaine abuse.

If you suspect that someone may be using cocaine, there are certain accessories and items to look for that indicate use.

Drug paraphernalia associated with cocaine use include:

Other items that may indicate use include eye drops used to cover up bloodshot eyes and mouthwash used to cover the odor of smoked cocaine.

Because cocaine is a stimulant, a cocaine high will produce stimulating effects that will feel like a burst of energy, confidence, and wakefulness.

Learn more about what a cocaine high feels like.

Side Effects Of Cocaine Use

People who abuse cocaine may begin to experience several side effects as they become physically and psychologically dependent on the drug.

Find out more about the side effects of cocaine.

Due to the highly addictive nature of cocaine, when a person suddenly stops using the drug their body will go through a withdrawal process.

Cocaine withdrawal symptoms may include:

While cocaine withdrawal is extremely uncomfortable, it is rarely life-threatening unless the person in withdrawal has suicidal ideation.

One of the most dangerous results of cocaine abuse is cocaine overdose.

Depending on the purity of the cocaine, as well as the health of the person using it, a lethal dose of cocaine may be less than a gram.

People experiencing cocaine overdose may exhibit symptoms such as:

If you see someone exhibiting these signs after cocaine use you should call emergency services immediately.

Read on about cocaine overdose.

Is Cocaine Overdose The Same As Intoxication?

Cocaine intoxication is not quite the same condition as a cocaine overdose.

While a cocaine overdose can be dangerous to your health, cocaine intoxication means you have too much of the drug in your system. Being intoxicated by cocaine can lead to overdose.

Find out more about the symptoms of cocaine intoxication.

People addicted to cocaine can find help in the form of evidence-based services at a treatment center.

Cocaine addiction often requires support in recovery and comprehensive care to overcome due to the cravings and other withdrawal symptoms a person may experience when trying to quit use.

Treatment options may include:

Getting help at a rehab facility is the most effective way to overcome cocaine addiction and achieve long-term sobriety.

Learn more about your treatment options for cocaine addiction.

The frequently asked questions below may answer your concerns about cocaine abuse.

Yes. Cocaine can lead to deadly side effects such as cardiovascular problems as well as overdose death.

Will Using Cocaine Once Cause Addiction?

No, you have to consistently use cocaine over a period of time for your body to develop a physical and psychological dependence.

How Do I Know I Need To Get Help For My Cocaine Use?

If you find yourself unable to function without using cocaine, or you’re experiencing relationship, financial, or legal problems, you may need to seek cocaine addiction treatment.

What Will Happen If I Use Cocaine While Pregnant?

Using cocaine during pregnancy may have serious consequences for the baby and result in a premature birth, miscarriage, or neonatal abstinence syndrome (NAS).

Call our helpline today for more information about treatment programs for drug addiction. Our team can help you find a provider, and get on a track toward long-term recovery.