Heroin is a highly addictive drug that can produce a rapid rush of euphoria and relaxation. Using heroin can also be very dangerous. Recovering from heroin addiction is possible, but may require inpatient or outpatient substance abuse treatment. 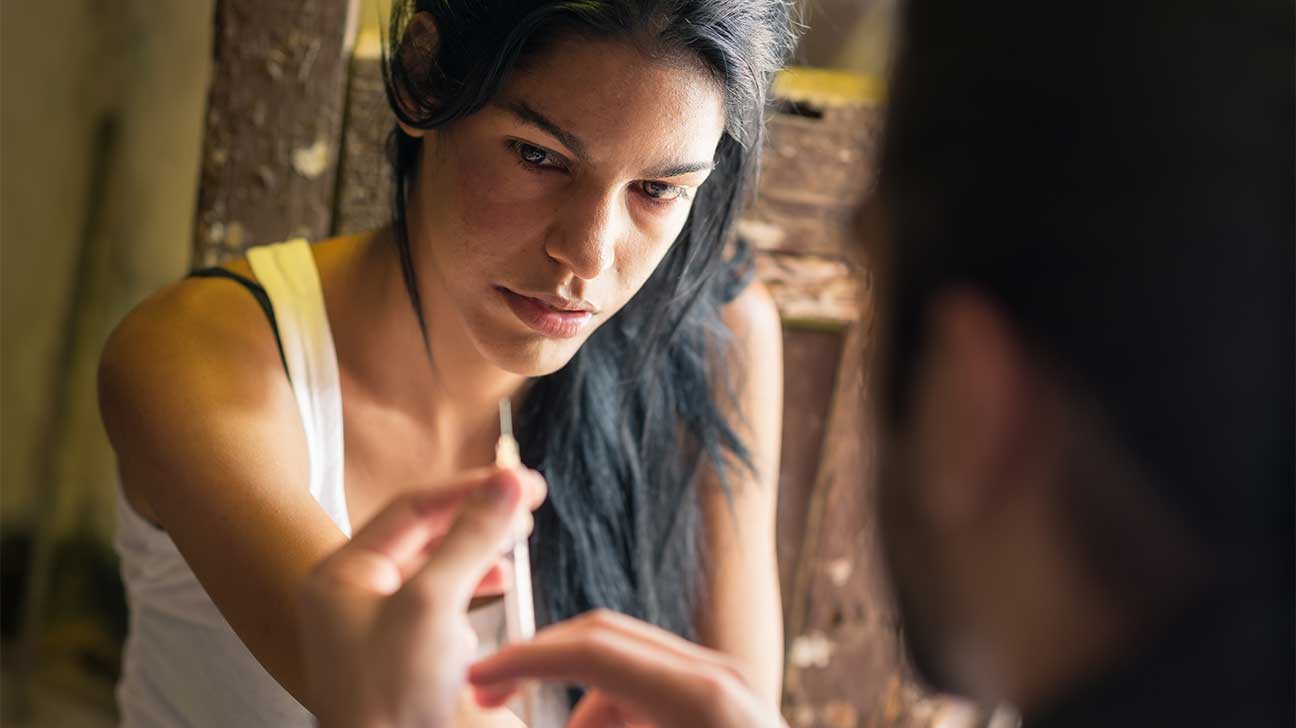 Hundreds of thousands of people in the United States use the addictive opioid drug heroin each year.

Over the course of the U.S. opioid epidemic, the number of people using heroin has risen sharply as prescribing rates for prescription opioids like OxyContin have fallen.

Unregulated by the U.S. Food and Drug Administration (FDA), heroin bought off the street can be very dangerous. Heroin is sometimes mixed with fentanyl, a highly potent opioid that can be deadly in small doses.

Heroin is an addictive substance that belongs to a class of drugs known as opiates, or opioids. It is derived from the natural opiate, morphine, which comes from the seeds of opium poppy plants.

Heroin can come in the form of:

For decades, heroin has been illegal to produce, possess, and sell in the United States. It is classified by the U.S. Drug Enforcement Administration (DEA) as a schedule I substance.

This means it has a high potential for abuse, addiction, and has no acceptable medical use.

Heroin is widely known for its ability to cause a rush of euphoria and pain relief. When taken, heroin can cause a surge of emotional warmth, relaxation, and pain relief within minutes. This occurs as a result of how heroin interacts with chemicals like dopamine in the brain.

Read more about what a heroin high feels like.

Heroin addiction is a chronic, relapsing disorder characterized by compulsive drug use despite negative consequences to physical health, mental health, and general way of life.

An addiction to heroin is also referred to as heroin use disorder or opioid use disorder.

Heroin addiction can develop as a result of repeated heroin abuse and may be influenced by a wide range of environmental, biological, and hereditary factors.

Addiction can be physical and psychological.

People who become addicted to heroin may crave the painkiller and experience withdrawal symptoms if they go more than a few hours without using it.

Recognizing heroin addiction in yourself or a loved one can be tricky. Many people who become addicted to illicit drugs like heroin go to great lengths to hide their drug use or deny that they have a problem.

Common signs of a heroin addiction include:

Heroin addiction can affect how you think, feel, and behave. It can cause people to behave in ways that are completely out of character.

Addiction can also become a deep source of shame, embarrassment, and guilt for those who struggle. This can hurt relationships, worsen mental health, and cause people to lash out against their loved ones.

Heroin works in the body by depressing activity in the central nervous system.

The central nervous system is composed of the brain and spinal cord, which is involved in the regulation of mood, body movements, and functions such as breathing rate, heart rate, and blood pressure.

Heroin addiction can cause:

People who become addicted to heroin may experience a variety of symptoms as a result of acute and chronic heroin use.

Heroin addiction can cause changes in mood, physical appearance, and result in poor physical and mental health.

Read more about the long and short-term heroin effects.

What Causes People To Become Addicted To Heroin?

The root causes of drug addiction are complex. People with a personal or family history of drug or alcohol abuse can be more likely to develop heroin addiction.

But addiction can also be influenced by:

About 80 percent of people who use heroin say they previously abused prescription opioids like OxyContin (oxycodone) and hydrocodone (Vicodin).

People who become addicted to heroin may have chronic pain issues and other forms of disability.

Heroin can be very dangerous, particularly when mixed with drugs such as cocaine, methamphetamine, alcohol, and illicit forms of fentanyl.

The deadliest danger of heroin use is overdose. Heroin is involved in thousands of drug overdose deaths each year.

Overdose can happen after taking too much heroin, or taking heroin that’s been mixed with other drugs or additives.

Risk factors for overdose include:

Heroin overdose can be reversed by the quick administration of Narcan, also known as naloxone. Call 911 right away if someone you know is experiencing signs of heroin overdose.

Injection drug use is a major risk factor for transmitting infectious diseases such as HIV and hepatitis.

Infectious diseases associated with heroin addiction can be transmitted through unprotected sex, sharing needles or syringes, or by using unsanitary injection supplies.

Learn more about the methods of heroin abuse.

Heroin is a powerful drug that can affect virtually all areas of the body. Heroin can cause long-lasting damage to the brain, heart, kidneys, lungs, and liver, particularly when it’s used regularly and in large amounts.

Once addicted to heroin, it can be very difficult to stop using it alone. Trying to quit heroin cold turkey can lead to drug withdrawal, a syndrome characterized by a number of uncomfortable physical and psychological symptoms.

If you’re addicted to heroin, don’t try to stop taking it alone.

Although opioid withdrawal is not usually life-threatening with medical support, it can cause severe dehydration and can put people without a strong support system at high risk for relapse and overdose.

Treatment for heroin addiction usually begins with detox, or detoxification. This is the process of getting heroin out of your system.

During rehab, heroin addiction is primarily treated with behavioral therapy and medications such as methadone, buprenorphine, or naltrexone.

This type of treatment is commonly referred to as medication-assisted treatment (MAT) or medications for opioid use disorder (MOUD).

FAQs For Heroin Addiction And Recovery

Use the commonly asked questions below to learn more about heroin abuse.

Are There Any Celebrities With Heroin Addiction?

Yes, heroin abuse among celebrities and other people in the public eye is not uncommon.

While some celebrities with heroin addiction have succumbed to their substance use and died, many others have sought treatment for heroin abuse and had a full recovery.

Is There A Heroin Addiction Hotline?

There are heroin abuse hotlines that can help people locate recovery services and other resources in their area.

Is There A Heroin Addiction Vaccine?

A vaccine for heroin addiction is currently in the early stages of human testing.

If successful, this vaccine may assist people in permanently quitting heroin, fentanyl, and other harmful prescription or illicit opioid drugs.

Heroin addiction and mental health conditions commonly go hand-in-hand, as people may self-medicate with opioid drugs in an attempt to relieve their mental health symptoms.

What Substances Are Abused With Heroin?

People use heroin with a myriad of other substances including methamphetamine drugs, cocaine, and prescription medications.

Alcohol abuse while using heroin is particularly dangerous, as it may exacerbate the depressant effects of both substances and precipitate an overdose.

How Do You Prevent A Heroin Relapse?

There are several ways to avoid relapsing on heroin once you’ve completed an addiction treatment program.

Recovering from heroin addiction is possible. Don’t wait to seek help for yourself or a family member.

During the COVID-19 pandemic, many drug rehab centers in the United States have continued to provide life-saving care and remain open for people who need help for addiction.