Methamphetamine Addiction: What You Need To Know

Methamphetamine is a highly addictive stimulant drug. Meth use can lead to disturbing physical, phycological, and cognitive changes in the body. 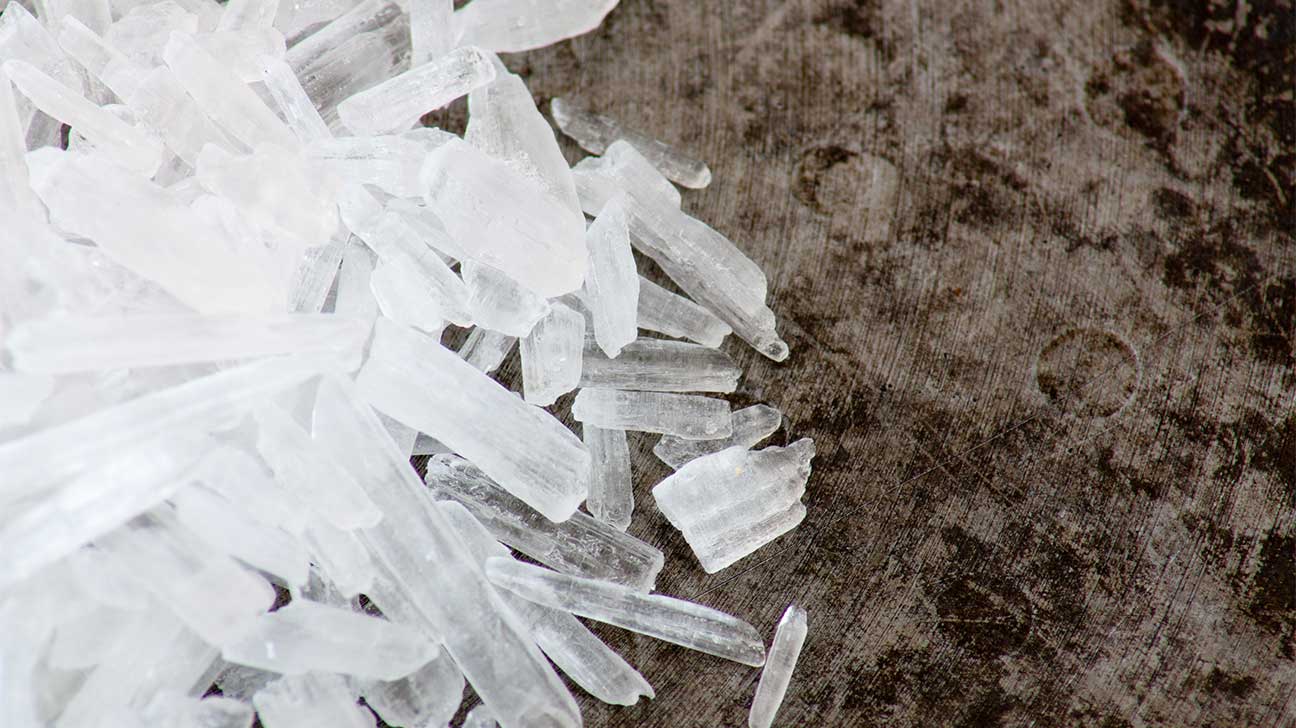 Methamphetamine, or “meth”, is a central nervous system stimulant that can quickly provoke physical dependence and psychological addiction.

According to the National Survey on Drug Use and Health (NSDUH), approximately 1.6 million adults use methamphetamine each year. Of these, over 50 percent admitted to having a methamphetamine use disorder.

Addiction is a disease that afflicts the brain. It is not caused by a single factor, but by a variety of environmental triggers, physical changes in the brain, and genetic factors.

The more risk factors a person is subjected to, the higher their probability of developing a substance use disorder involving methamphetamine.

There are several different forms that methamphetamine can take. Different types of meth can be distinguished by their physical appearance and purity.

Powder meth, also known as “speed”, is the least potent form of methamphetamine. Meth can be snorted, injected, or pressed into pill form and ingested.

Base meth is an oily substance that is generally regarded to be more potent than powdered meth. The base has a yellow, white, or brown color and is usually injected with a needle or swallowed.

Crystal meth, also known as “ice” or “crystal”, is a crystalline substance with an opaque white color. This is the most potent form of methamphetamine and can be smoked or intravenously injected.

People who use meth habitually will exhibit an array of physical and behavioral symptoms. You may also notice common types of meth paraphernalia lying around the home.

Some of the most obvious signs of meth use are changes in physical appearance. Visible symptoms include premature aging, meth sores on the skin, dilated pupils, and weight loss.

One of the most notable signs of meth use is “meth mouth”, which is characterized by tooth decay and broken teeth due to repeated use of the drug.

Behavioral signs of meth abuse may include paranoia or hallucinations, being alert or physically active, teeth grinding, violent outbursts or mood swings, and sexual promiscuity.

If you suspect that someone is using meth, you may want to know what kinds of tools and accessories are used for meth.

Meth paraphernalia may include:

A meth lab, a location where meth is illegally manufactured, can be identified by blacked-out windows, chemical odors, or the presence of lab equipment such as funnels and beakers.

Side Effects Of Meth Addiction

There are a number of negative short-term and long-term side effects that people who are addicted to meth may experience.

People are also at high risk of contracting blood-borne diseases such as hepatitis and HIV/AIDS.

Due to the intense physical dependence on meth people can develop, if the substance is suddenly removed from the body, painful withdrawal symptoms can occur.

Symptoms of meth withdrawal include:

Methamphetamine withdrawal is potentially life-threatening. It’s highly recommended to seek a medically monitored detox program when you’re ready to wane off meth use.

Signs Of A Methamphetamine Overdose

Meth overdose occurs when too much of the substance is ingested and the body cannot process it, leading to organ failure and death. Anyone who uses methamphetamine is at risk of overdose.

Due to the potency of methamphetamine, an overdose may have dire and permanent consequences including paralysis, chronic anxiety, decreased mental function, and more.

It can be hard for people addicted to meth to stop using the drug on their own. At a rehab center, people can get help overcoming substance abuse.

It may be frightening to seek treatment for methamphetamine addiction, but help is available using the evidence-based treatment approaches listed above.

The information listed below may answer your questions about methamphetamine addiction and treatment.

What Is “Tweaking” On Meth?

Tweaking is a condition that occurs following a meth binge. After prolonged use, a person is no longer able to experience the same euphoric high and tweaking will begin.

Tweaking can be characterized by intense cravings and feelings of desperation, accompanied with symptoms such as delusions, hallucinations, and an altered sense of reality.

Will Using Meth One Time Make Me Addicted?

While taking meth the first time will likely induce an intense euphoric sensation, you will only become addicted after continued use.

How Do I Know I Need To Seek Professional Help For Meth Addiction?

If you’re currently worried about your meth use, or you’ve experienced legal or financial stressors due to using meth, you should likely seek addiction recovery treatment.

Call our helpline today for more information on addiction treatment providers if you or a loved one have a substance use disorder. We can assist you on your journey to sobriety.