Autism And Addiction: Understanding The Link

People with autism may be more likely to develop an addiction due to co-occurring issues such as ADHD, compulsive behaviors, and anxiety. Treatment that is individualized and less focused on group recovery exercises may help people with autism and addiction to recover. 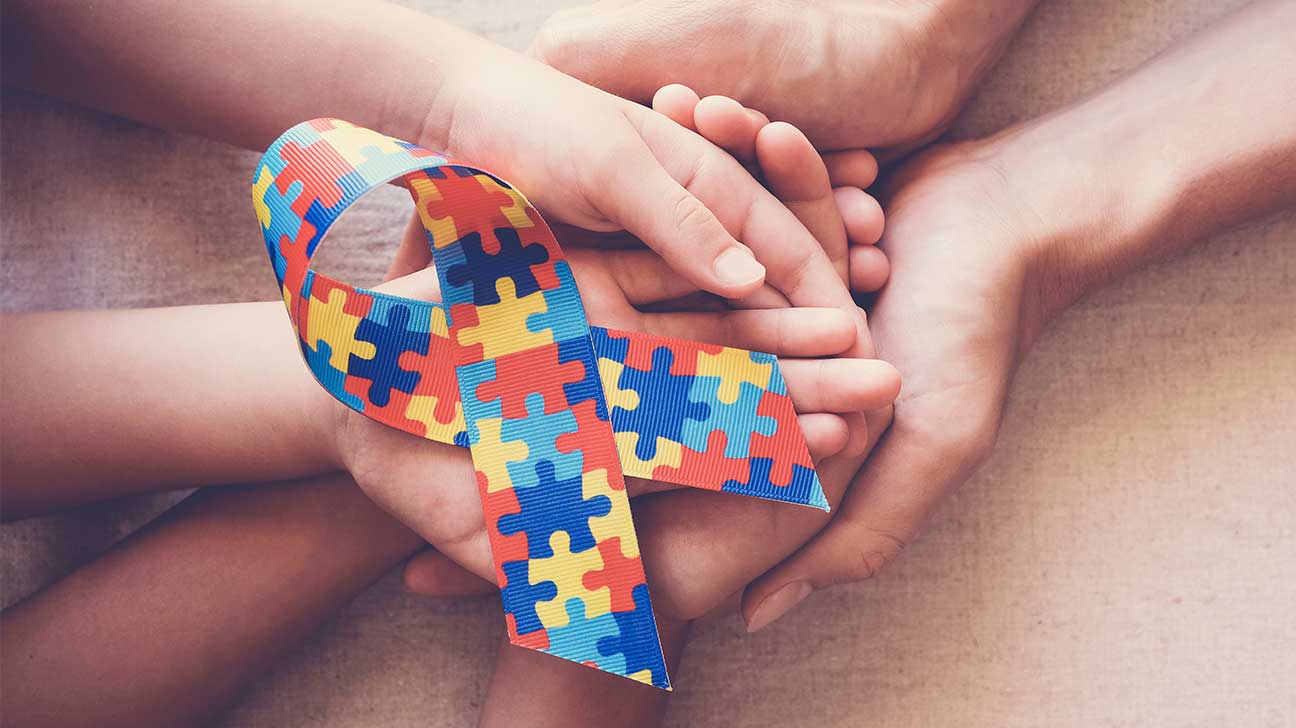 Autism and addiction affect many individuals and families in the U.S. and share some behavioral and biological parallels that have been driving increased medical interest.

In the past, they were mostly studied independently and considered mutually exclusive from one another. However, recent research has revealed findings that indicate otherwise.

What Is Autism-Spectrum Disorder?

According to the Autism and Developmental Disabilities Monitoring Network and the CDC, about one in 44 eight-year-olds in the U.S. identify as falling on the autism spectrum.

Children’s mental health disorders are becoming increasingly prevalent, including autism, which could have been exacerbated by the recent social impacts of COVID-19.

The National Institute of Mental Health defines autism as a long-term developmental disorder that can affect both cognitive and physical functions, and cause behavioral challenges.

Individuals with autism are often born with it and develop symptoms in childhood and adolescence. Symptoms can cause behavioral challenges depending on the severity.

Although symptoms of ASD are incurable and untreatable with medication, like addiction, they can be managed with therapy and other supportive services.

Signs of declining mental health can be more difficult to detect and can manifest into drug and alcohol addiction in older adults with a lack of therapeutic treatment.

Levels Of The Autism Spectrum

There are three main levels of the autism spectrum which help to identify and describe the severity of symptoms in two domains: social skills and repetitive behaviors.

Level 1 ASD is the mildest form, also known as high-functioning autism, and requires the least support for normal life activities.

People on this level may have some social anxiety. They may prefer to have order in their daily lives and dislike facing unexpected situations.

Level 2 lands in the middle of the spectrum, and people may require more supportive care and assistance in dealing with social and behavioral challenges.

People with level 2 ASD struggle with more anxiety and have difficulty communicating verbally. They may struggle with repetitive habits that interfere with daily life.

Some people at this level may be nonverbal and have a hard time making eye contact or expressing their emotions by means of facial or vocal cues.

At the highest end of the spectrum, people on level 3 have the severest symptoms of all and most often require very substantial care and support as children or adults.

New Research On The Link Between Autism And Addiction

Until recently, the comorbidity of autism and addiction was considered rare and unlikely. There was minimal concern about possible warning signs of drug use among children with autism.

This is often assumed because people with autism generally prefer isolation and dislike feeling out of control or under the influence of mind-altering substances.

They also tend to live sheltered adolescent and adult lives and therefore experience less peer pressure to experiment with drugs or social drinking.

However, new studies on the possible link between autism and addiction have revealed that the dopaminergic deregulation characteristic of autism is similar to what drives addictive behaviors.

People with high-functioning autism (HFA) and above-average IQs have been found to be twice as likely to develop substance use disorders than those without autism combined with a high IQ.

This risk factor is compounded for people who have attention deficit hyperactivity disorder (ADHD) in addition to autism, causing untreated symptoms to intensify.

A research study in Taiwan found that people with untreated autism were more vulnerable to substance use disorders, but psychotropic medication reduced their risk.

Similarities Between Symptoms Of Autism And Addiction

Although some autism traits seem to have little in common with addiction-driven behaviors, there are some key behavioral similarities to consider.

Impulsivity and compulsivity are both symptomatic behaviors of autism and addiction.

The obsessive, compulsive, and impulsive behaviors symptomatic of autism are triggered by emotional distress, similar to behavioral changes and signs of drug addiction.

People affected by addiction develop compulsive responses to emotional triggers. As a result, they might have difficulty controlling obsessive thoughts about drugs and impulses to use.

These overlapping behaviors indicate similar neurological reactions with both mental disorders in the same regions of the brain, with similar responses to stressful stimuli.

Anxiety is another common symptom of both autism and addiction. People on all autism levels typically live with anxiety.

If their symptoms go untreated, they might develop maladaptive and unsustainable coping strategies to alleviate their anxiety, such as substance use.

People may develop a chemical dependence on drugs or alcohol to cope with untreated anxiety disorders, which progressively worsen.

Researchers now believe that people with undiagnosed and untreated level 1 autism are at significantly higher risk of developing substance use disorders.

The following issues related to ASD may increase a person’s risk of developing an addiction:

Mild autistic traits such as social anxiety and difficulty adapting to unfamiliar situations could increase the urge to use mood and mind-altering substances to manage stress.

Heroin addiction is becoming more prevalent among young adults with undiagnosed autism who struggle to cope with anxiety and hypersensitivity, and feel relief from the effects of heroin.

Heroin and other abused opioids have a sedative effect, spike dopamine levels (which increases a person’s sense of well-being), and de-escalate hyperactive mental activity.

Co-Occurrence Of Addiction And Autism

For people with high-functioning level 1 autism, co-occurrence with addiction may be more prevalent and also more difficult to diagnose until the addiction progresses.

Initially, people with mild autism traits such as social anxiety may attempt to self-medicate with alcohol or certain drugs that give them a false sense of control and emotional regulation.

For a period of time, this may seem like an effective solution that provides temporary relief for someone who is trying to repress their emotional sensitivity to internal or external stimuli.

As tolerance to substances increases, it becomes more difficult to control drug and alcohol use, which can eventually start to exacerbate anxiety and depression.

Undiagnosed or misdiagnosed autism is often due to co-occurrence with other mental health disorders, which obscures typical autistic traits and makes them harder to notice or identify.

Significant research has been conducted on the frequent co-occurrence of ADHD and ASD.

Studies have also emphasized the increased risk of substance use disorders with ADHD, but there has been a lack of information about the co-occurrence of all three.

New findings have emerged on the combination of autistic traits and ADHD symptoms co-occurring with substance use disorders involving alcohol, cannabis, and nicotine.

Depression and bipolar disorder are mood disorders that frequently co-occur with autism and can go unnoticed for a long time due to the overlapping symptoms.

The social and emotional challenges caused by autistic traits can be frustrating to individuals who have difficulty understanding or expressing how they feel, which fuels their depression.

To deal with the effects of depressive or manic episodes, people often turn to alcohol or drugs to regulate their turbulent moods. Depression and alcohol misuse are especially codependent.

Social anxiety caused by autism can get internalized and turn into self-destructive tendencies. Eating disorders manifest for many psychological reasons, but anxiety is a major trigger.

Men and women with autism can feel overwhelmed by their anxiety and become obsessed with the need to feel in control, especially in unfamiliar, uncomfortable, or chaotic situations.

Eating disorders can turn into a means of internal control that provides a false sense of relief. It can also become a source of privacy and safety for people who feel exposed or vulnerable.

One of the barriers to treating people with co-occurring autism and addiction is the lack of empathetic understanding among less-experienced health professionals and treatment centers.

Lack Of Professionals With Specialized Training

It can be difficult to find trained professionals who have experience in treating addiction and autism simultaneously and can provide specialized treatment.

The typical intervention and treatment methods for substance use disorders may be inadequate or ineffective for people on the autism spectrum, such as conventional therapeutic approaches.

For example, most rehabs and traditional treatment programs emphasize the need to engage with peers, spend time in group therapy, participate in group activities, and avoid isolation.

People with autism tend to struggle with social anxiety, which can be exacerbated by being forced to participate in large groups.

For this reason, people with diagnosed or possibly undiagnosed autism may not be as successful in a traditional group-focused rehab setting.

Counselors need to be empathetic and cognizant of these traits. People with autism may benefit more from individual therapy, a larger focus on family involvement, and other support.

Cognitive behavioral therapy (CBT) is considered one of the more promising therapeutic approaches to treating addiction in people with autism.

Experts suggest that therapy should be adapted to autistic traits, and supplemented by psychoeducation, social training, and other means of support to manage associated symptoms.

In outpatient programs, people can live in a familiar and comfortable home environment and attend treatment during the day. Sustaining a daily routine in treatment can help them feel safe.

They can also benefit from more individualized curriculums with more individual counseling than group therapy. Gradually, they could be introduced to small-sized groups for peer support.

Resources For People With Autism And Addiction

Dealing with autism and addiction simultaneously is very challenging for people at any age or stage of their lives.

The following are helpful guides and resources for people with autism and addiction:

Resources For Family And Loved Ones

For family members and loved ones of people affected by autism and addiction, dealing with both disorders can be manageable with added support and educational resources.

The following resources are available to provide guidance and support to families:

Autism and addiction are both challenging to cope with at any stage of life, and affect people’s ability to learn, socialize, work, and cultivate relationships.

With access to the right resources and appropriate therapies, people can get the proper diagnoses and learn how to cope with their associated symptoms.

As research continues to reveal important findings about the co-occurrence of addiction and autism, we’ll have a better understanding of how to treat symptoms with a targeted and medically-informed approach.