What Is The Heroin Triangle?

The Heroin Triangle is a specific area in Georgia that saw a dramatic spike in heroin-related deaths between 2010 and 2016. This is one example of how heroin and the opioid epidemic are impacting big cities around the United States. 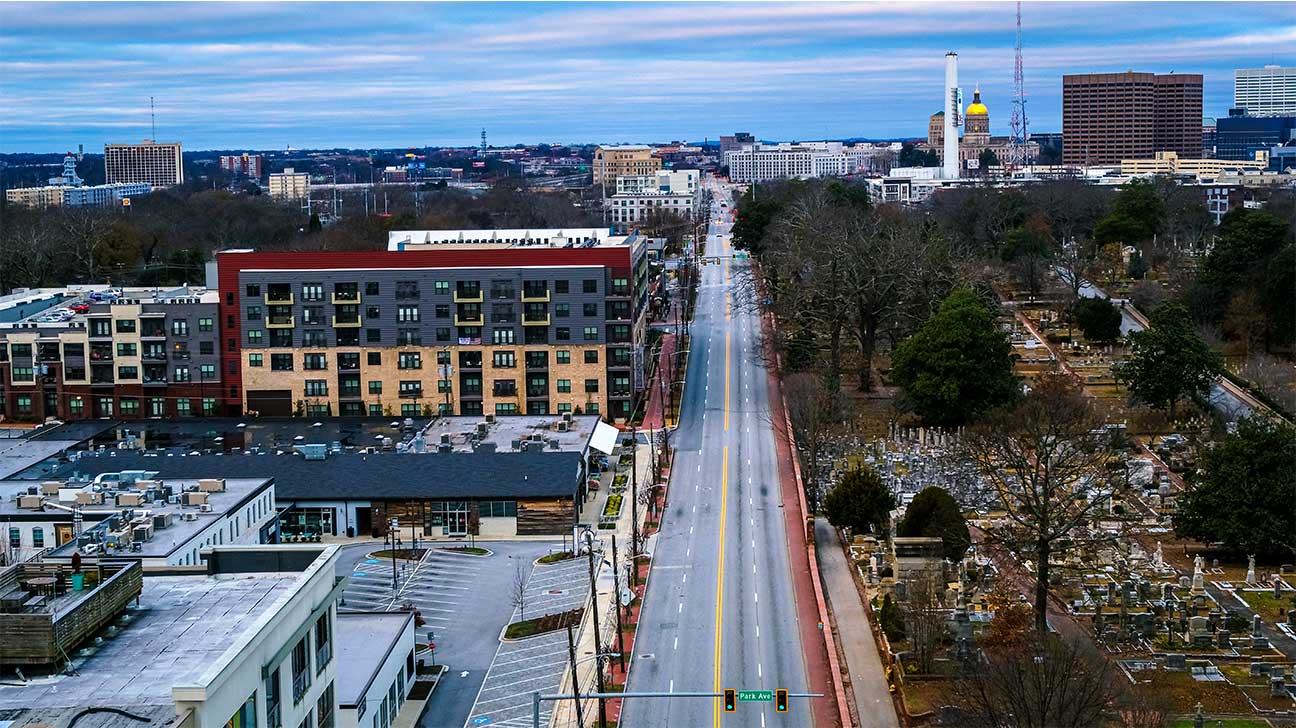 The Heroin Triangle is a cluster of wealthy Atlanta suburbs in Georgia that have all seen high rates of heroin-related overdose deaths.

Included in the Heroin Triangle are Fulton, Dekalb, Cobb, and Gwinnett counties, although the area is still expanding. The counties of Cherokee and Forsyth were added in 2017.

Other major cities included inside the triangle are Duluth, Alpharetta, and Sandy Springs.

Heroin addiction and overdose were also especially prevalent among the local Jewish community, with some even referring to the situation as the “Jewish Heroin Triangle”.

What Caused The Heroin Triangle?

There is not one specific cause for the Heroin Triangle, but rather multiple potential causes that are still ongoing.

One theory is that the Atlanta area has a lot of people who work in high-stress professions and may be leaning on heroin or other opioids as a means of relieving stress.

Similarly, there are also several highly competitive high schools and colleges in the area of Georgia which is most affected.

There is also a more general belief that healthcare providers tend to over-prescribe opioids as painkillers, leaving people to seek heroin after their prescriptions run out.

How Is The Heroin Triangle Related To The Opioid Epidemic?

Unlike synthetic opioids, which are man-made, heroin is a natural opiate that is derived from the poppy plant. Opioids and opiates do, however, share many of the same effects and qualities.

Studies have shown that up to 90% of people who abuse heroin began their addiction to prescription painkillers.

An addiction to prescription painkillers, however, can be extremely expensive, costing a person who is heavily addicted up to hundreds of dollars a day.

Heroin is cheaper and often easier to obtain than prescription opioids, and many who turn to it are surprised to find that it offers a much stronger high as well.

Along with a stronger high, heroin also comes with more risks. Heroin is illegal and unregulated, and anyone who buys heroin has no control over what they are purchasing.

What Makes Heroin So Dangerous?

Heroin is one of the most dangerous illicit drugs found on the street today. All opioids are dangerous, but heroin poses even higher risks because of its high potency.

Heroin produces an intense and euphoric high that is said to produce unnatural amounts of pleasure and relaxation.

The pleasurable feelings caused by heroin can be extremely addictive. Over time, a person can also build up a tolerance and dependency on the drug as well.

Signs and symptoms of heroin addiction include weight loss, delusions, hallucinations, mood swings, track marks on the arms and legs, and more.

As far as opioids go, heroin is very potent and comes with a high risk of overdose with every use. This is especially true when heroin is injected directly into the bloodstream intravenously.

Heroin is also commonly cut with fentanyl, a synthetic opioid that is 50 times stronger than heroin. Many times the consumer is unaware when they have bought laced heroin.

Signs And Symptoms Of A Heroin Overdose

A heroin overdose is a life-threatening emergency that requires immediate medical attention, so it is helpful to know the signs.

Signs of a heroin overdose may include:

Is There An Antidote For A Heroin Overdose?

There is an antidote that works with heroin overdoses and other opioid overdoses, called naloxone. This medication comes in a nasal spray under the brand name Narcan.

Naloxone has to be administered quickly but it can be life-saving. Unfortunately, a single dose of naloxone is only effective for 30 to 90 minutes and multiple doses are often needed.

Naloxone is legal in Georgia and can be found at most licensed pharmacies. Training is not required to obtain naloxone, but it is recommended.

Treatment for heroin overdose always requires medical attention, so contacting emergency healthcare personnel is imperative when an overdose is occurring.

What Is Being Done About The Heroin Triangle?

It is up to local governments and lawmakers to make changes and allocate funding to address the Heroin Triangle.

It is important to remember that what is happening in Georgia is a problem throughout the entire country, and the situation must also be addressed on a federal level.

Actions that can be taken to reduce opioid-related overdoses include:

Other Areas With High Rates Of Heroin Deaths

Unfortunately, the Heroin Triangle is not the only part of the United States that has been affected by high numbers of heroin deaths. Cape Cod, Massachusetts is another specific area affected.

Heroin deaths are also a big problem in other major cities around the United States, such as Chicago, Los Angeles, New York, and Cleveland.

Heroin tends to be a problem in bigger cities because it is usually more widely available and more affordable around large drug networks.

Heroin is notoriously difficult to stop using once a person is addicted, but professional opioid addiction treatment can make all the difference in achieving long-term recovery.

Heroin drug addiction treatment begins with a period of detoxification. Detox can either be medical or observational, however, medical is usually preferred for opioids and opiates.

Detox for heroin addiction can include such medications as methadone and buprenorphine, which are considered opioid replacement therapy medications.

Evidence-based treatments are those with proven rates of success and are based on science and research. They often involve the use of approved medications.

This type of treatment can include various types of therapy, medical detox, medication-assisted treatment, and relapse prevention strategies.

Seeking help for drug abuse including heroin addiction can seem intimidating or daunting, but we are here to make the process smooth and comfortable.

Regardless of whether you are located within the Heroin Triangle or not, please consider giving our helpline a call today. We can help you find a substance use disorder recovery center.