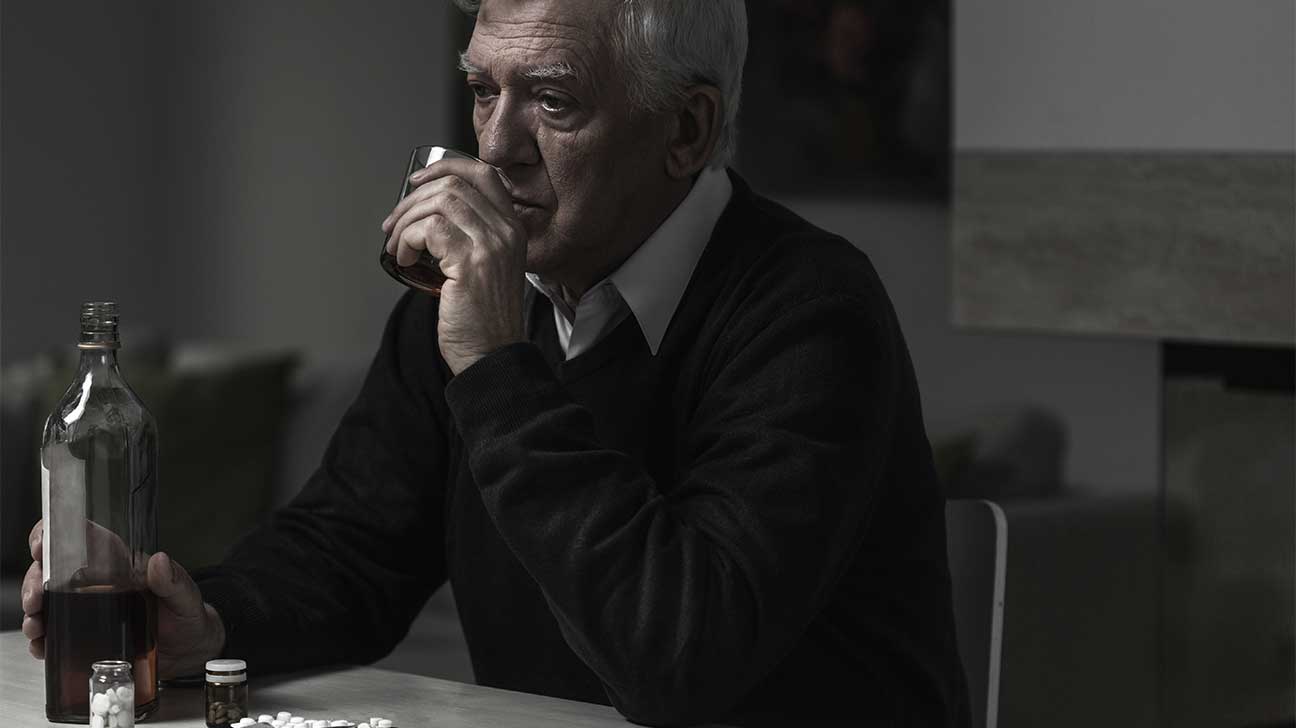 According to data from 2018, about one million adults aged 65 and older have a substance use disorder (SUD). Many more go unrecognized as patterns of heavy use or at-risk use remain undiagnosed.

Certain risk factors, such as co-occurring conditions and chronic pain, contribute to SUD among older adults.

The most common substance of abuse for older generations is alcohol, followed by substances such as opioids and marijuana.

Fortunately, treatment services are available at rehab centers for older adults in the U.S.

Younger people encounter issues with growing, malleable brains that can impact their future health and likelihood of developing substance use disorder. In contrast, older adults may see increased effects of current health complications.

Research from the National Institute on Drug Abuse (NIDA) has found that drug and alcohol abuse can exacerbate mental health and physical health conditions in older adults.

Misconceptions About Drug Use In Older Adults

People may assume that drug and alcohol use is prominent among younger generations and less of an issue for older adults.

This assumption has led to a largely underrecognized population of older people in need of addiction treatment.

The statistics reveal that rates of substance use disorder among adults remain high as they age, and these rates are growing.

Researchers projected that SUD rates among adults older than 50 years would increase from about 2.8 million in 2006 to 5.7 million in 2020.

As adults age and cope with chronic pain, they’re more likely to be prescribed powerful opioid medications, benzodiazepines, and other prescription medications. This can result in the beginning of a pattern of abuse and dependence.

One study of adults aged 57 through 85 revealed that about 37% of men and 36% of women used at least five prescription medications.

A few of the risk factors for prescription drug abuse among older adults include:

According to another study, ​​in 2012, 2.9 million adults aged 50 years and older were using psychotherapeutic medications nonmedically.

A National Survey on Drug Use and Health study showed that 1.4% of adults aged 50 years and older used prescription opioids nonmedically in the last year. This number was higher than the rate of sedative, tranquilizer, and stimulant use.

For this age group, dependence is actually more common than abuse, as these prescription drugs are disproportionately and widely prescribed to older adults.

While rates of prescription drug abuse are rising among older generations, alcohol still remains the most common substance of abuse.

In health care settings, the rates of alcohol use disorder (AUD) ​​ranges up to a proportion of 22%. This number is lower than that of younger adults, but older adults are impacted by other factors.

At-risk and heavy drinking is more prevalent in older adults than AUD.

For older adults, the American Geriatrics Society and the National Institute for Alcohol Abuse and Alcoholism (NIAAA) recommends no more than seven standard drinks per week.

Older Adults And Illicit Substance Use

According to a World Health Organization (WHO) survey, illicit drug use is more prevalent among American older adults than older adults in most other countries.

This includes substances such as:

And among older adults who use illicit substances, 11.7% meet the criteria for SUD.

One of the factors that facilitated this increase in drug use is the legalization of medical marijuana, as many older adults use it to self-medicate illness-related side effects such as pain.

Substance abuse among older adults varies based on the demographic, or group of people. Some demographics — such as LGBTQ+ people, women, and minorities — are more vulnerable to addiction.

Ethnic, race, and gender differences in drug addiction and treatment is an important factor in determining the rates of addiction for older adults.

According to a report from 2011, 10% of older LGBTQ+ people drank excessively and 12% used drugs that were not prescribed to them.

Older adults in the LGBTQ+ community are at a higher risk of developing SUD than their heterosexual peers due to a number of factors.

The following often contribute to higher rates of addiction in this population:

This is often why LGBTQ and gay-friendly rehab centers can be helpful for people in this community, as these treatment programs can focus on many of these issues.

However, the research on older women who abuse substances is still limited.

This demographic tends to:

Researchers in this field recognize older women as an underrecognized and underdiagnosed group when it comes to prescribing medications, treating addiction, and educating about substance abuse.

Studies have found that being African American or Hispanic is one risk factor for alcohol dependence in people 55 and older.

Additionally, African Americans in this age group have higher rates of illicit drug use, including cocaine use.

Rates like these indicate that racial and ethnic differences play an important role in the prevalence of substance abuse in older adults.

Getting behavioral health treatment as an older adult can come with unwanted stigma and societal judgments, which can keep many people from getting necessary help.

But rehab programs for older adults address the age-specific needs for this demographic, considering factors such as trauma, age-related concerns, and age-inclusive language.

You can find treatments for older adults such as:

Treatment providers at these drug and alcohol rehab programs will often focus on self-care, curating support groups, detox, and involving family members and loved ones.

There are many substance abuse treatment programs specifically for older adults if you or your loved one prefer to recover among others who understand how addiction impacts their age group.

You can find an individualized treatment plan to meet your need for recovery from prescription drugs, alcohol, or illicit drugs.

For help finding drug and alcohol treatment, reach out to our helpline and we’ll refer you to a number of treatment centers with programs for older adults.