The Ad Council campaign “Drop the F*Bomb” directs parents to talk to their kids about the synthetic opioid fentanyl. Overdose deaths have increased among young people who buy counterfeit pills and unwittingly consume fentanyl. 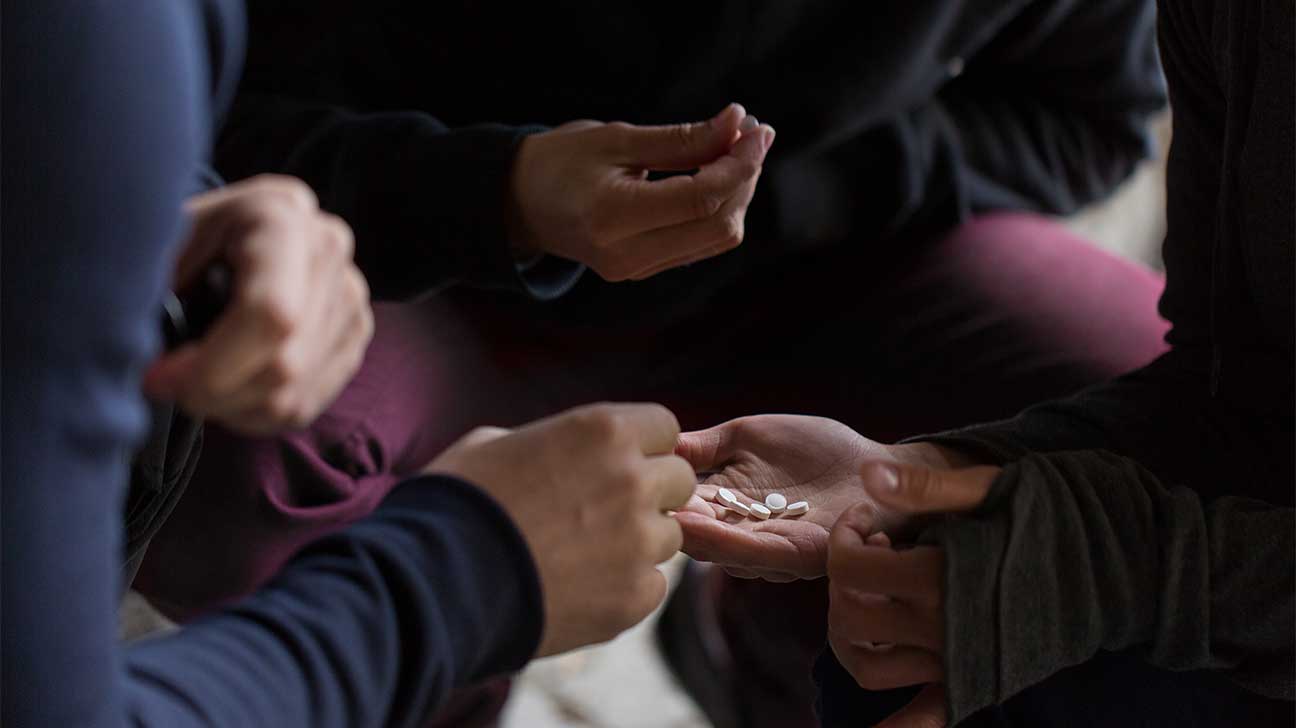 On Wednesday, December 14 the Ad Council rolled out a campaign called “Drop the F*Bomb” to encourage parents to talk to their children about fentanyl.

The campaign website provides parents with guides that explain how to talk to their kids about fentanyl. Additional resources describe the risks of fentanyl and the symptoms of an opioid overdose.

The “Drop the F*Bomb Campaign” consists of several Public Service Announcements (PSA) and a website that has resources for parents.

The PSAs consist of individuals appearing to say the f-word with a censor field blocking out their mouths. Then they wipe the field away and state: “You heard me. Fentanyl.”

These announcements encourage parents to talk to their teens about the dangers of fentanyl and the risk of receiving fentanyl when purchasing prescription pills from a dealer.

The Ad Council campaign also directs parents to talk to their kids about the symptoms of drug overdose and carrying naloxone (Narcan), an opioid overdose reversal drug.

This awareness campaign is part of a nationwide response to public safety concerns related to the synthetic opioid fentanyl and the drug’s involvement in the ongoing opioid crisis.

According to the Centers for Disease Control and Prevention (CDC), there were almost 108,000 drug overdose deaths in the United States in 2021, a 15% increase from the year before.

While that increase is half of what it was between 2019 and 2020, it is still part of an alarming trend.

The Drug Enforcement Administration (DEA) reports that almost 70% of opioid-related deaths in 2021 were related to fentanyl or other synthetic opioids.

Among people ages 18 to 45 years old, drug overdose is now a more common cause of preventable death than car accidents or suicide, according to the New York Times.

May 10, 2022 marked the first National Fentanyl Awareness Day, which was supported by the DEA among other partners to, hopefully, decrease the number of fentanyl-related overdoses.

Other attempts to spread awareness include:

The fentanyl crisis is most keenly felt among teens and young adults.

While anyone can overdose on fentanyl, this demographic is most likely to encounter illicit fentanyl in the form of counterfeit drugs disguised as Xanax, Percocet, or Adderall.

Teen overdose deaths were on the decline over much of the last decade, but the fentanyl crisis is reversing this trend.

In 2019, about 253 teenagers died from a fentanyl overdose. Over the next two years, overdose deaths increased to 884 in 2021 due to the widespread consumption of fentanyl-laced drugs.

The DEA warns that as many as six out of 10 fake prescription pills are laced with lethal doses of fentanyl, a claim that was further substantiated by the seizure of 379 million doses of illegal fentanyl on December 20, 2022.

Illicit Drug Use Among Young People

As fatal overdoses from fentanyl and fentanyl-laced drugs continue to shock the country, law enforcement agencies and parents are expressing concern over the external forces involved.

According to UC San Diego Health, substance abuse among teenagers increased during the pandemic as they faced a number of mental health challenges.

The findings were part of the Adolescent Brain Cognitive Development (ABCD) study and showed that the stress of lockdown contributed to increased substance use.

This seems consistent with the sharp increase in fentanyl-related overdose deaths starting in 2019.

As technology has changed, drug dealers have adapted. Drugs deals are now routinely carried out on Snapchat and other platforms, according to the New York Times.

As a result of the influence of social media, the tech companies Snap, Meta, and Google helped fund the Ad Council campaign on fentanyl and the overdose epidemic

Signs of Illicit Drug Use

Illicit drug use among teens carries certain signs that parents can be on the lookout for.

Signs of drug abuse can include:

Even if your child is not using opioids, he or she can still fall victim to a lethal dose of fentanyl due to the prevalence of counterfeit drugs containing fentanyl.

If someone close to you experiences an opioid overdose, knowing the symptoms can improve their chance of survival by ensuring they receive prompt help.

Signs of fentanyl or other opioid overdose include:

If you are battling an opioid use disorder or another kind of substance use disorder, you can find addiction treatment today.

Call DetoxRehabs.net and learn about how we can guide you to a recovery program that is right for you.