U.S. researchers are looking into the development of a fentanyl vaccine that could block the euphoric effects of fentanyl in the brain. While it’s not considered a treatment for opioid addiction, it could help deter the misuse of fentanyl and aid in addiction recovery.

Home > Is There A Fentanyl Vaccine? 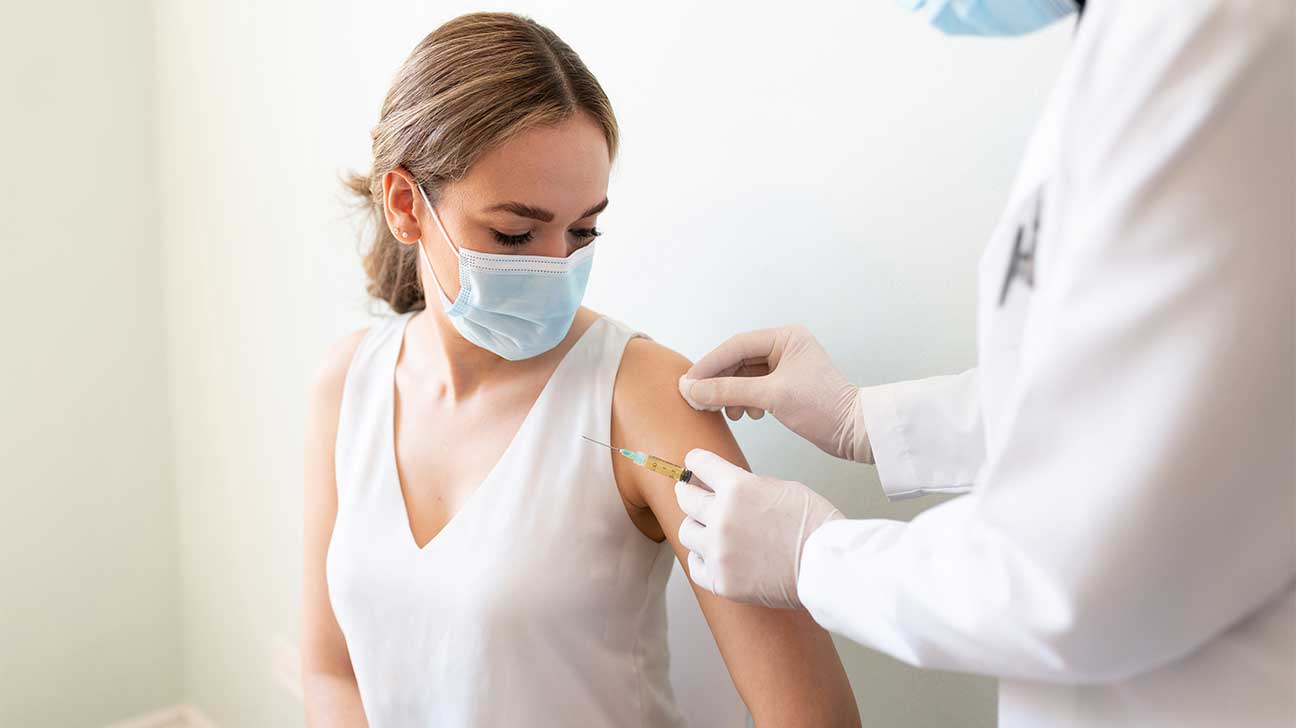 Opioid addiction, also known as opioid use disorder, affects the lives of millions of Americans.

So, too, does the nation’s drug overdose crisis, which in recent years has largely been driven by the proliferation of synthetic opioid fentanyl in the illicit drug supply.

A new fentanyl vaccine, intended to help fight opioid addiction and overdose in the U.S., is currently in the works and could help aid individuals in their addiction recovery journey.

That’s according to authors of a new study published in the journal Pharmaceutics, who claim their findings on the novel vaccine could not be more timely.

Fentanyl is a potent, synthetic opioid. It’s legally prescribed as a pain reliever, but fentanyl can also be addictive. Illegally manufactured forms of the drug can also be very dangerous.

While pharmaceutical fentanyl is regulated, illicit forms are not.

They’re often added to other illegal drugs, such as cocaine and methamphetamine, which can be dangerous for people without a tolerance for opioids to use.

What Is A Fentanyl Vaccine?

A fentanyl vaccine is ostensibly a vaccine that’s capable of eliminating the euphoric effects of fentanyl by blocking its ability to enter the brain.

Euphoric effects, such as a powerful sense of calmness, happiness, and relaxation, are commonly sought by people who misuse opioids or engage in alcohol abuse.

A research team at the University of Houston has developed a fentanyl vaccine that they believe could help combat the nation’s opioid epidemic by blocking these euphoric effects.

How Does A Fentanyl Vaccine Work?

These antibodies bind to the fentanyl a person ingests, and can prevent the drug from entering the brain. This effectively blocks the euphoric effects of fentanyl.

According to Colin Haile, a research associate professor of psychology and lead author of the study, the vaccine they’ve developed does not cross-react with other opioids, such as morphine.

This means that someone who receives the fentanyl vaccine could still be treated with other opioids, such as morphine or oxycodone, for pain relief.

What Is The Goal Of A Fentanyl Vaccine?

The goal of a fentanyl vaccine is to prevent relapse to opioid misuse, aid in addiction recovery, and help prevent opioid overdose deaths involving fentanyl.

Illicitly manufactured forms of the synthetic opioid fentanyl have been driving a spike in fatal U.S. drug overdose deaths in recent years.

From 2020 to 2021, during the height of the COVID-19 pandemic, the number of drug overdose deaths reached a record high, with the majority involving some form of opioid.

While there are existing medications to help treat opioid use disorder, researchers have also been trying to identify other innovative solutions to help prevent opioid addiction relapse.

At this time, there is not enough evidence to determine whether a fentanyl vaccine could serve as a “cure” or treatment for opioid addiction, although researchers remain hopeful of its benefits.

While lab studies involving mice have shown promising effects of the vaccine, clinical trials on humans are still needed and are expected to begin in the coming months.

This means more research is needed to determine the potential benefits and risks that a fentanyl vaccine could have for those who receive it.

What Are The Side Effects Of The Fentanyl Vaccine?

According to study findings, no serious adverse side effects were reported by addiction researchers behind the development of the new vaccine at the University of Houston.

However, more research, including human trials, is needed to determine the potential short-term and long-term side effects of a fentanyl vaccine.

Researchers are hopeful that a fentanyl vaccine could help prevent fatal fentanyl overdose.

According to the study’s findings, the newly developed fentanyl vaccine can block not only the euphoric effects of fentanyl but also the effects of intoxication, such as respiratory depression.

Currently, the most effective treatment for fentanyl overdose, or intoxication, is naloxone (Narcan). That’s an opioid antagonist that can be injected or administered intranasally.

However, because fentanyl is so powerful, multiple doses of naloxone are often needed to effectively reverse an overdose and prevent fatal outcomes.

What Is The Best Treatment For Opioid Addiction?

The most effective treatment for opioid addiction is a combination of behavioral therapy, counseling, and medication-assisted treatment using methadone, buprenorphine, or naltrexone.

All three of these medications are FDA-approved as treatments for opioid use disorder (OUD).

This treatment is offered by some drug treatment centers and outpatient treatment providers, often alongside additional treatment services such as group therapy and pain management.

Once inpatient or outpatient treatment is completed, clients often use aftercare or relapse prevention services to help maintain their sobriety.

At DetoxRehabs.net, our mission is to help connect people with substance use disorders to effective, evidence-based treatment options that can meet their needs.

Call our helpline today and we can help you or a loved one identify treatment options near you, as well as verify your insurance coverage.