Weekend Binge Drinking: Can It Lead To Alcohol Addiction?

Drinking alcohol in large quantities in a short amount of time can come with health risks. This can include both short-term and long-term health risks, such as alcohol use disorder. 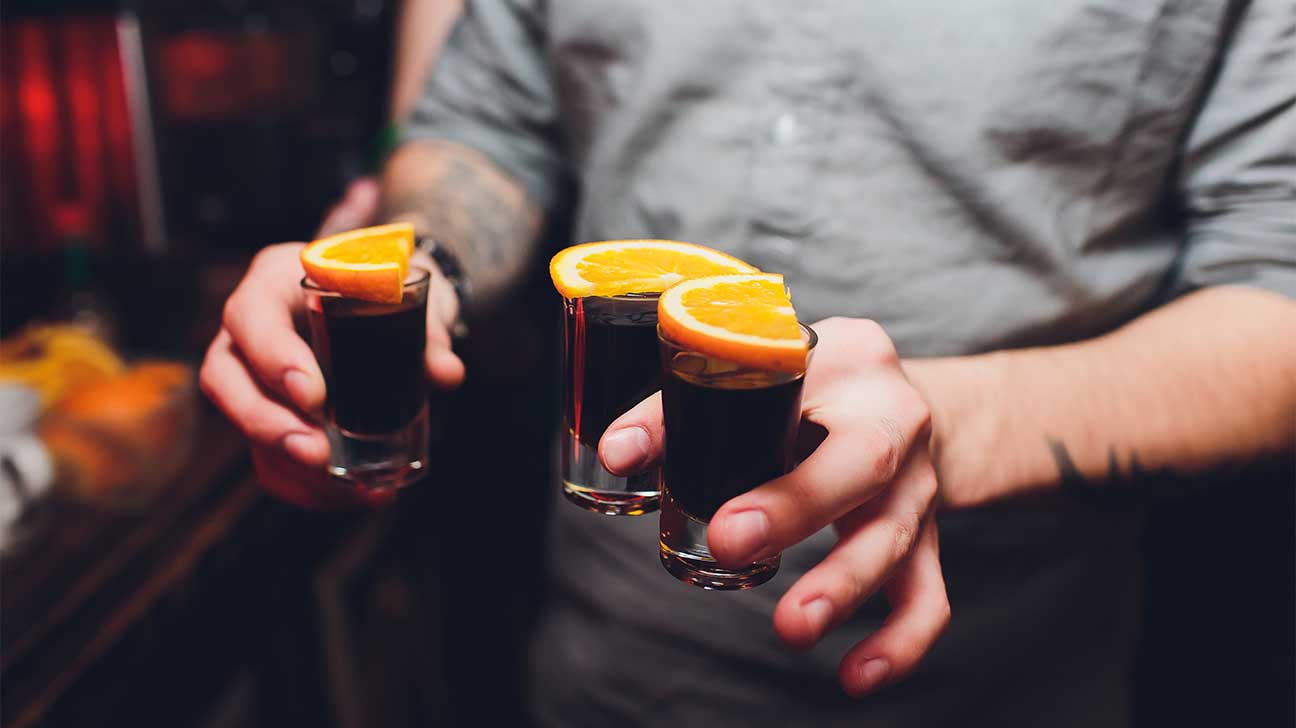 Drinking large amounts of alcohol within a short period of time is the most common and dangerous pattern of excessive alcohol use in the United States.

This form of excessive alcohol consumption, widely known as binge drinking, is most common among young adults aged 18 to 24, as well as college students.

While some may believe binge drinking is fairly benign, because of how common it is, the truth is that it can have a range of consequences — including increased risk of alcohol addiction.

What Is Binge Drinking?

Binge drinking is a public health problem that can be broadly described as excessive drinking.

It’s defined by the U.S. National Institute on Alcohol Abuse and Alcoholism (NIAAA) as a pattern of drinking that raises your blood alcohol concentration (BAC) to 0.08 or higher.

For the typical adult, this generally corresponds to:

For youth and adolescents, a BAC of 0.08 or higher may be reached after drinking less (e.g. three drinks) within that same timeframe.

Is Binge Drinking The Same As Alcohol Addiction?

Binge drinking refers to a behavior. Alcohol addiction, on the other hand, is a disease characterized by uncontrollable drinking and a preoccupation with alcohol.

It can, but this will depend on how often you binge drink, what your drinking habits look like when you’re not binge drinking, and other risk factors/behaviors.

According to the Centers for Disease Control and Prevention (CDC), most people who binge drink in the United States don’t have a severe alcohol use disorder.

Risk factors for alcohol use disorder can include:

What Are The Short-Term Health Effects Of Binge Drinking?

The short-term effects of binge drinking can be serious, especially if you have a low tolerance for alcohol, or are particularly sensitive to the effects of alcohol.

Short-term effects of binge drinking may include:

The excessive consumption of alcoholic beverages is also associated with an increased risk of violence, as well as unsafe sexual behaviors and sexually transmitted diseases (STDs).

What Are The Long-Term Health Effects Of Binge Drinking?

Research shows binge drinking alcoholic drinks can have long-term consequences to health for both U.S. adults and young people.

A new study also recently found that this isn’t just for those who binge drink but can also be true for moderate drinkers as well.

According to health experts, long-term effects of binge drinking can include:

Getting Help For A Drinking Problem

If you or a loved one has a binge drinking problem, we can help you find a treatment program capable of meeting your needs.

Typically, treatment for chronic heavy drinking will begin with detoxification, or detox, followed by a treatment plan that integrates both medical and behavioral health treatment.

For more information, call our helpline today to learn about alcohol abuse treatment, or to find an alcohol detox program near you.